Four male suspects have been arrested in the rape of a Louisiana State University sorority member after she was later dumped on the side of the road and fatally struck by a car following a night of drinking, police said.

Four male suspects have been arrested in the rape of a Louisiana State University sorority member after she was later dumped on the side of the road and fatally struck by a car following a night of drinking, police said.

Kaivon Deondre Washington, 18, Everett Lee, 28, and Casen Carver, 18, turned themselves in Monday, more than a week after 19-year-old Madison Brooks was fatally struck in Baton Rouge.

A fourth suspect, a 17-year-old boy who had not been identified because he is a minor, turned himself in on Sunday, the outlet reported.

Brooks had been drinking at Reggie’s, a bar near where the LSU campus where she met the 17-year-old suspect on Jan. 15, the newspaper reported.

She left between 1 and 2 a.m. with the teen and the three other suspects, according to an arrest warrant.

Carver admitted to police that Brooks “was very unstable on her feet, was not able to keep her balance, and was unable to speak clearly without slurring her words,” the document states.

Carver told investigators he witnessed Brooks and the 17-year-old boy “hugging and walking together,” saying she asked for a ride home. 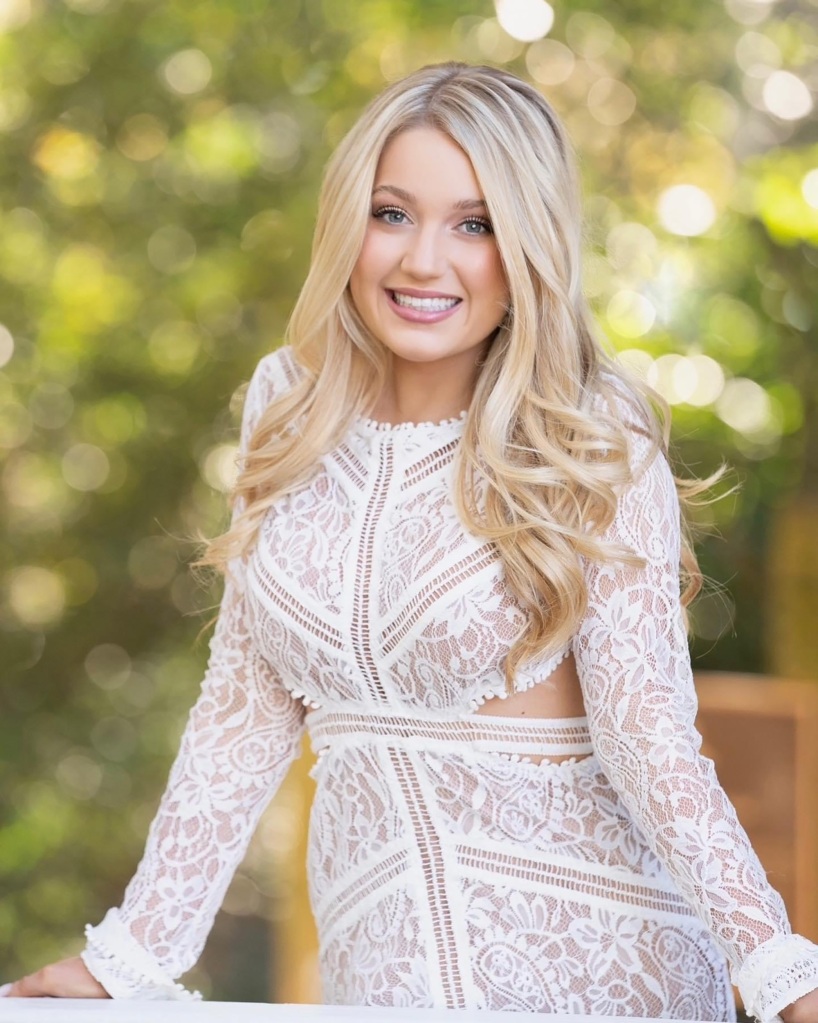 Madison Brooks, 19, a sophomore at Louisiana State University, was fatally struck by a car after allegedly being raped inside a car following a night of drinking at a bar. Instagram / @madibrookss

“He admitted that he agreed to give her a ride because he did not want to leave her while very intoxicated and the bar was closing up,” the arrest warrant says.

Carver told authorities that he sat in the driver’s seat and Lee was in the front passenger seat, while Washington and the 17-year-old were in the back along with Brooks.

He said he asked Brooks for her address, “but she fell over and could not answer him.” the warrant says, “so he drove a short distance and pulled over.”

Carver “stated he overheard his 17-year-old juvenile friend as he asked the victim five times if she wanted to have sex with him,” to which Brooks “gave verbal consent,” according to the document. 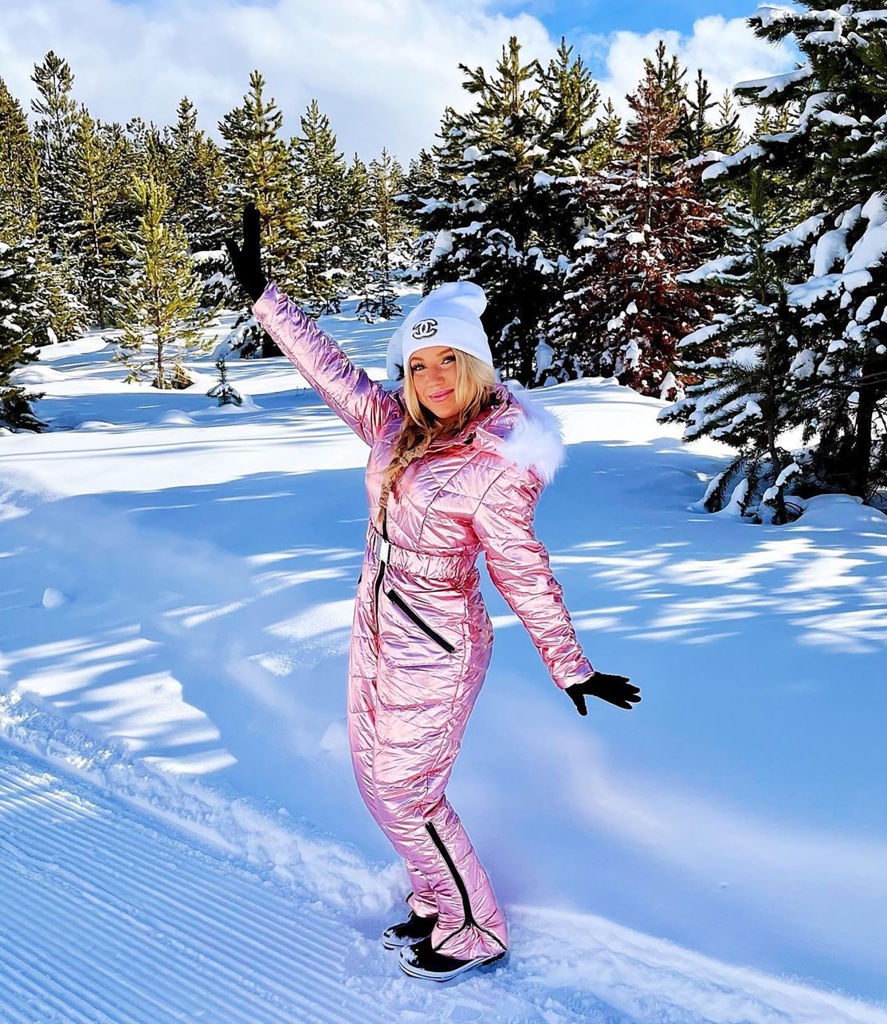 Brooks was sexually assaulted by an 18-year-old man and a 17-year-old boy in the back seat of a car, police allege. Instagram / @madibrookss

He said the 17-year-old and Washington then had sex with Brooks before he told them, “We got to stop this, let’s go,” the document says.

When asked during the police interview if he thought the woman was too impaired to give consent to sex, Carver said, “I guess.”

Police also interviewed Washington, who said he was sad about Brooks’ death, but also admitted that he laughed while he walked behind her earlier and thought, “How y’all meet a random girl and just bring her home?”

He said they later dropped Brooks off at a nearby subdivision, where she was struck around 3 a.m. by a rideshare driver on Burbank Drive near Pelican Lakes Parkway.

Investigators said she had a blood-alcohol content of 0.319% —  nearly four times the legal limit.

According to Louisiana law, a third-degree rape charge generally involves a victim who is “incapable of resisting or of understanding the nature of the act by reason of a stupor or abnormal condition of mind produced by an intoxicating agent or any cause and the offender knew or should have known of the victim’s incapacity,”

Ron Haley, an attorney for two of the suspects, said that this was “absolutely not a rape. Listen, this is a tragedy, definitely not a crime.”

He told the outlet that a video taken during the incident shows Brooks was coherent.

“Can you tell that she was intoxicated, yes. To the point under the law that you say you’re in a drunken stupor, to the point that you cannot lawfully give consent or answer questions, absolutely that was not the case,” Haley said.

The attorney claimed Brooks and Carver got into an argument in his car.

“Based on a disagreement, she got out of the vehicle. She indicated she was getting an Uber. I want the public to know, these young men or really the driver of the vehicle and the young men that were in there, did not put her off on the side of the road,” he said. 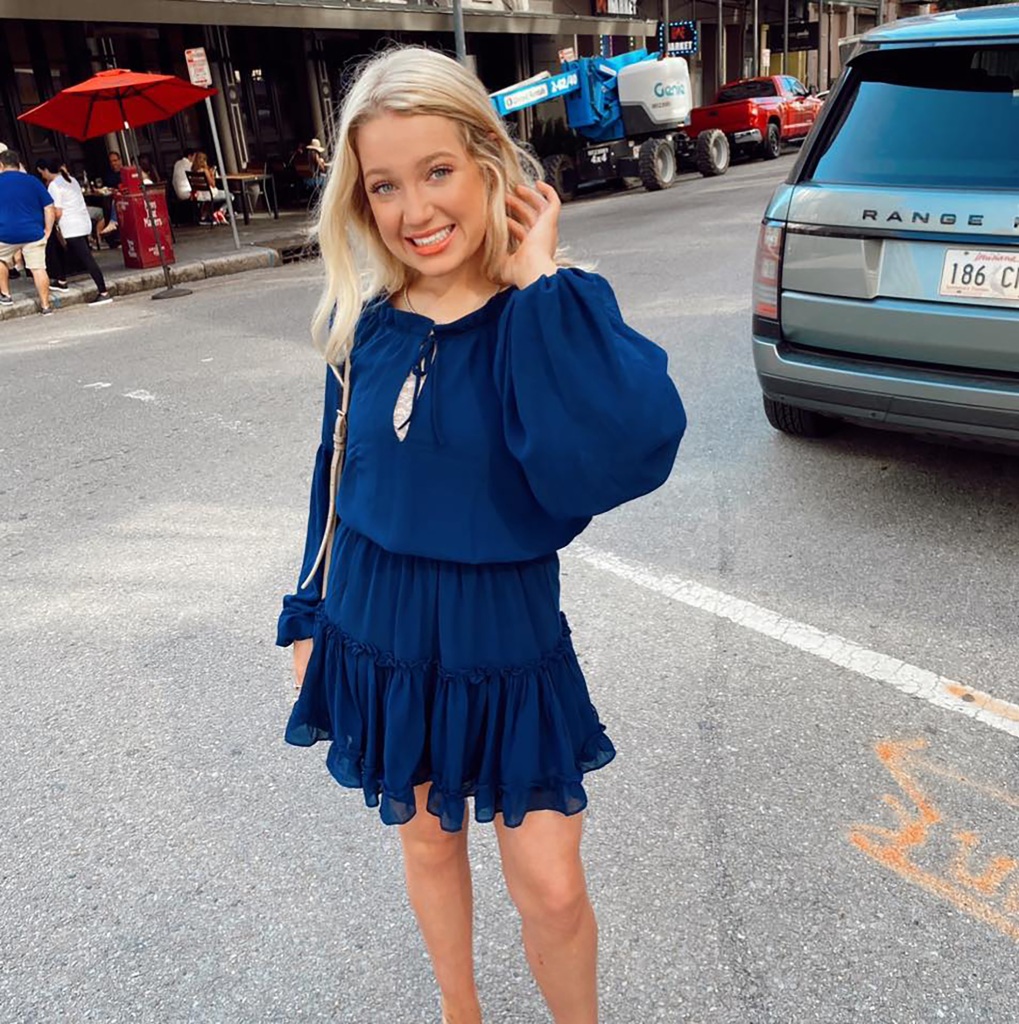 The LSU sophomore, a native of Covington, Louisiana, was a member of the Alpha Phi sorority. Instagram / @madibrookss

Brooks, a native of Covington, Louisiana, was a member of the Alpha Phi sorority.

“Madi was a bubbly, loving, and selfless friend. She left an indelible mark on our chapter, we cherish our memories together and we will never forget her. Our forever friend was also a hero, Madi donated her heart and kidneys to save others,” the sorority said on Instagram on Monday.

“We send our deepest sympathies to her family and friends during this incredibly difficult time. And we respectfully ask for time and space so we may support each other in our healing process,” it added. 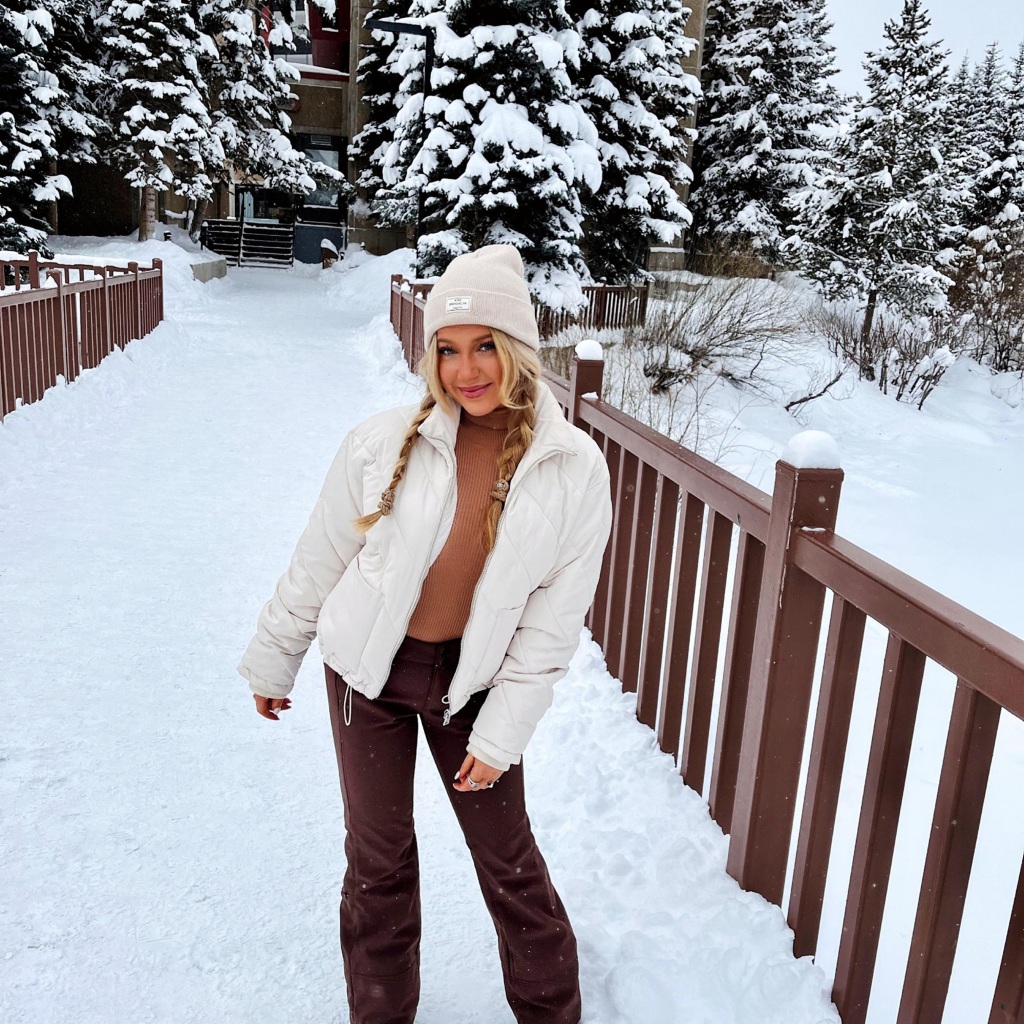 “Madi was a bubbly, loving, and selfless friend. She left an indelible mark on our chapter, we cherish our memories together and we will never forget her,” Alpha Phi sorority said. Instagram / @madibrookss 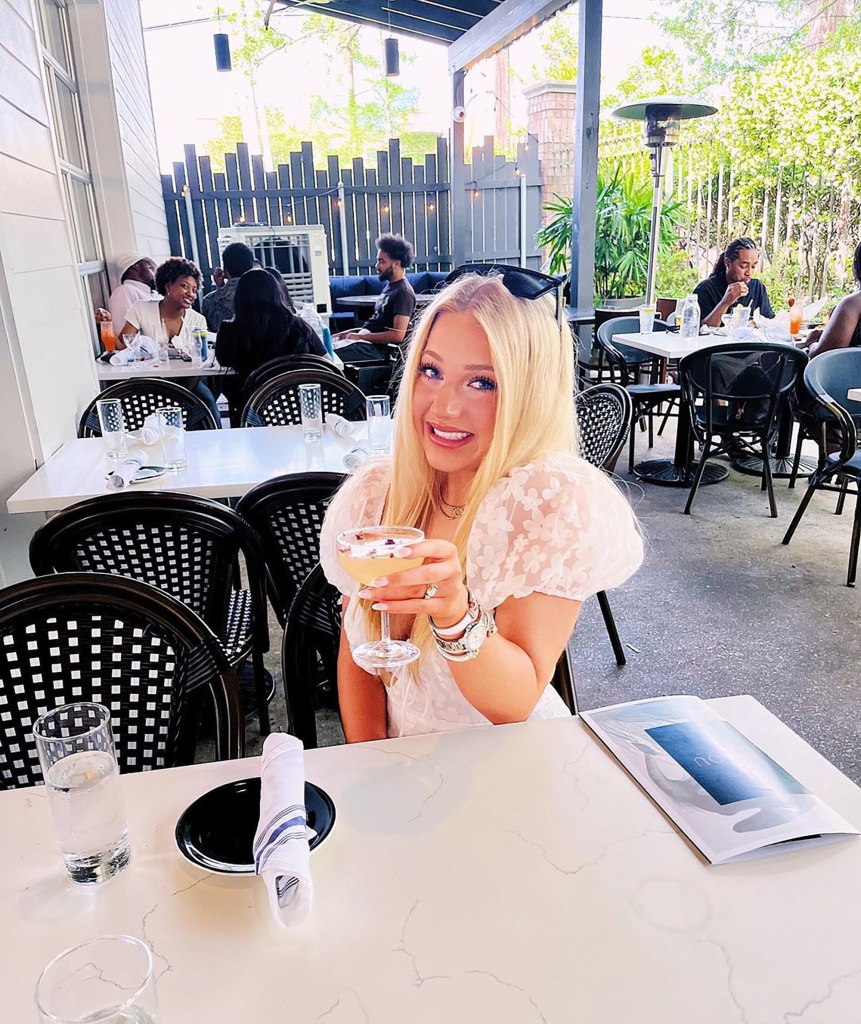 LSU President William Tate called Brooks “an amazing young woman with limitless potential. She should not have been taken from us in this way.” Instagram / @madibrookss

In a statement, LSU President William Tate said: “Madison was a daughter, a granddaughter, a sister, a niece, a classmate, and a friend to many of you. By all accounts, she was an amazing young woman with limitless potential. She should not have been taken from us in this way. What happened to her was evil, and our legal system will parcel out justice.

“Our collective grief and outrage cannot be put into mere words. So what can we do? It is time for action. One place to target our attention is the very place where this encounter began,” Tate wrote.

He noted that three of the suspects are underage, “yet were able to consume alcohol at a local bar. As such, our action plan starts with a deep and relentless focus on any establishment that profits off our students by providing alcohol to underage individuals.” Father of Idaho victim: ‘This is just the beginning’