The family of the suspect charged with the murder of four University of Idaho students said in their first public statement that they were cooperating with police and were seeking to "promote his presumption of innocence.”

The family of the suspect charged with the murder of four University of Idaho students said in their first public statement that they were cooperating with police and were seeking to "promote his presumption of innocence.”

“We have fully cooperated with law enforcement agencies in an attempt to seek the truth and promote his presumption of innocence," the family of suspect Bryan Kohberger said in a statement through his lawyer on Jan. 1.

On Friday Dec. 30, authorities took Kohberger into custody at his parents’ home in northeastern Pennsylvania in connection with the slayings of four college students in Moscow, Idaho, police said.

Kohberger is suspected in the deaths of Ethan Chapin, 20, Madison Mogen, 21, Xana Kernodle, 20, and Kaylee Goncalves, 21 — four students at the University of Idaho who were killed in their home near campus in the early morning hours of Nov 13.

The arrest in the grisly killings, in which police said the four were stabbed to death in their beds, marked the end of a seven-week manhunt.

Public defender Jason LaBar said on Dec. 31 that Kohberger was "shocked by the arrest" and "believes he will be exonerated."

LaBar also confirmed that Kohberger’s father recently flew to Washington state, where Kohberger was enrolled as a student, to meet his son and make a 2,500-mile road trip back to Pennsylvania with him.

LaBar said Kohberger’s father told him that he didn’t notice anything different about his son during the trip.

“Everything was ordinary, and he saw nothing unusual about it,” LaBar said.

At Kohberger’s parent’s home in Pennsylvania, authorities seized a white Hyundai Elantra, the same model of car that Moscow police previously said they had seen in the “immediate area” of the crime scene around the time of the attack.

Kohberger was in custody in Pennsylvania. He was expected to waive an extradition hearing and agree to face murder charges in Idaho, authorities said over the weekend. 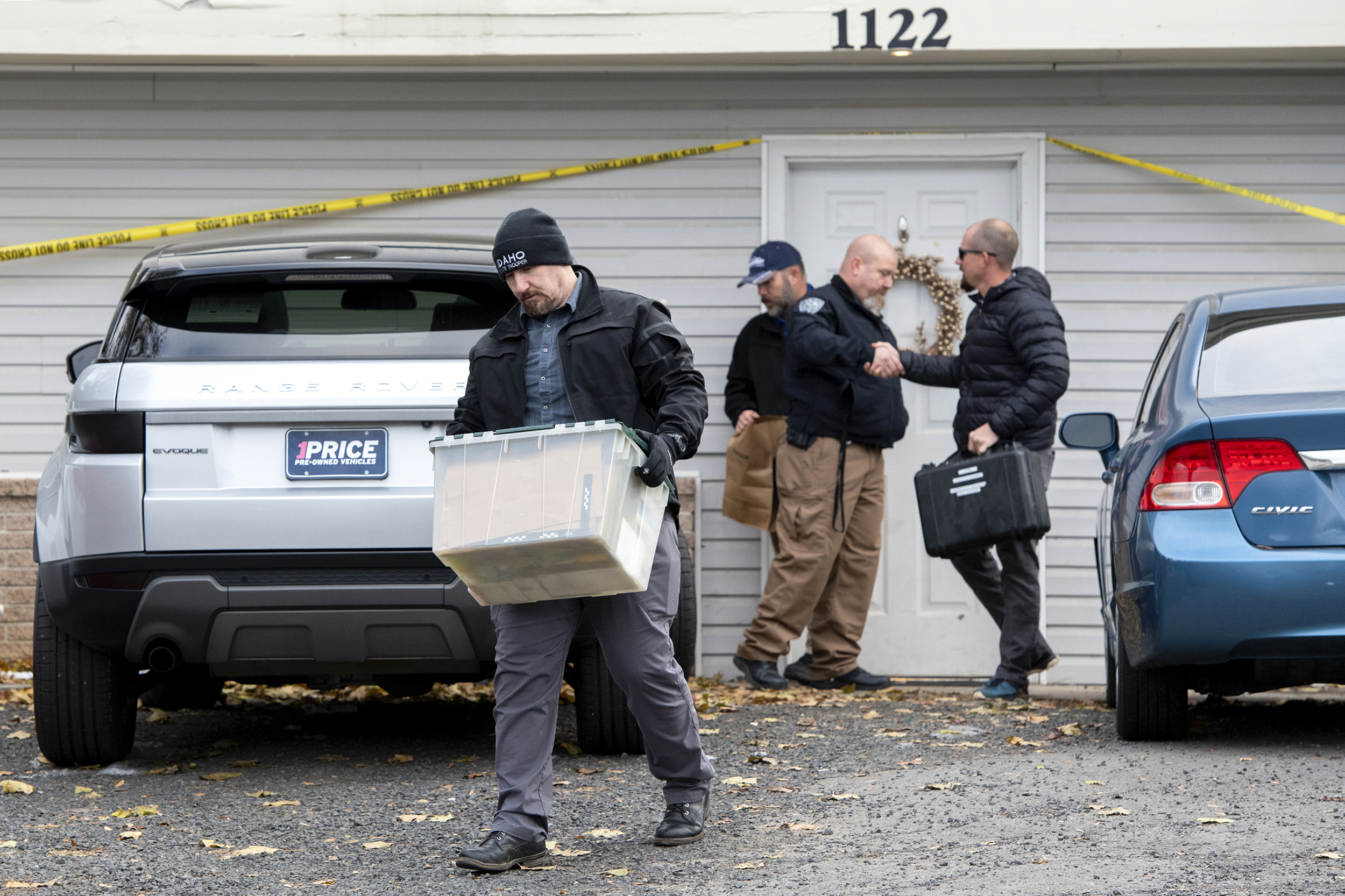 Officers investigate the deaths of four University of Idaho students at an apartment complex south of campus on Nov. 14, 2022, in Moscow, Idaho.

Kohberger was enrolled in a doctoral program in the criminal justice and criminology department at Washington State University, which is located in Pullman, Washington — just miles away from the University of Idaho campus and the scene of the murders.

The first-year PhD student also worked as a teaching assistant in the university's criminal justice and criminology program, according to the WSU online directory.

Austin Morrison, who took a criminal justice class with Kohberger, said that the suspect was “just rather quiet, very off to the side, standoffish."

"He sat in the class and didn’t do a whole lot,” Morrison said.

The owner of a brewery in nearby Bethlehem, Pennsylvania, told NBC News that Kohberger was a former patron and was known to make “creepy” and inappropriate comments.