According to police, George Musser was found at 7 p.m. in Baytown Township.

"George's family has been notified. There is no other information at this time as this case is still under investigation," police said.

From Christmas morning into the afternoon, hundreds gathered to look for Musser.

The 20-year-old was at Brian's Bar in downtown Stillwater until early Saturday morning. Ally McKay was one of the last people to see him.

"At approximately 1:30 a.m. he came up to the booth I was sitting in with my friends and he was talking to us," said McKay. "And he told us he had to go to the bathroom and then he never returned."

Musser's keys and wallet were found near the bar. His car was still in the parking lot. He was wearing a black beanie, a grey button-up flannel and dark jeans. He did not have a jacket on. 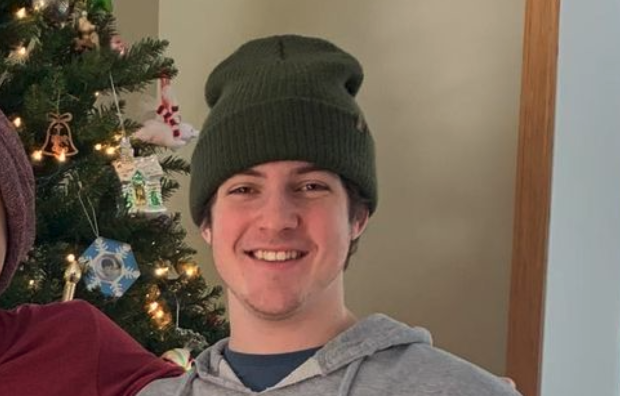 Musser is 5'8 and 145 pounds with brown eyes and brown hair.

"We looked for him at a bar nearby, but Brian was persistent that everyone get out, so we left and we had to assume that he had found his way home," said McKay.

Related video: Student, 20, Found Dead After He Was Last Seen at Bar on Christmas Eve: 'We Miss You So, So Much'

"We haven't had very much luck with some of the electronic surveillance stuff we've been looking at, whether it's cameras, cell phones, stuff like that," said Stillwater Chief of Police Brian Mueller. "So it's a very difficult situation."

"We're preparing for the worst but hoping for the best--and that's why we're getting everyone in the community to start looking," said Emily Dalbec, Musser's cousin.

Family and friends searched on Saturday and that continued, in greater numbers, on Christmas Day.

"I'm a father and it's heartwarming. I can't imagine what the family is going through," said Mueller. "I talked with the family since yesterday. It's definitely a great community we live in--very fortunate. So I just hope we can find some closure for the Musser family."

"We're very fortunate to have all these people willing to be out in such cold temperatures on a holiday, looking for him," said Dalbec.